Â Red Hot Strings is once again happening in person, May 17thth-21st 2023 and registration is now open. Our top-flight staff this year include Jeremy Wakefield, Katie Shore, Jonathan Stout, Don Stiernberg, Tyler Jackson, Eva Scow , Mykia Matsuda, Dave Biller. Our 2023 workshop will allow for a special focus on 30’s the swinging styles of 1930’s string players, and with this crew of all-stars from The Lone Star State, Western Swing will definitely be in the house!

In 2019 the great folks at Centrum hosted a workshop focusing on the complex gumbo of New World string traditions which were all bubbling along throughout the dawn of Jazz, and Red Hot Strings was the result. RHS is a celebration of the â€śJazz Ageâ€ť string players â€“ a long line of musicians birthed in ragtime and blues, and unleashed in the popular music of the 1920s and â€™30s. This means 1920â€™s Hot Jazz and 1930s Swing, and naturally the string-reliant sub-genres of Western Swing, Hawaiian Swing and even the jazzier jugbands of the444 American south. We also regard other stringed instrument innovators throughout The Americas â€“ the Caribbean, Latin America, New Orleans etc. â€“ who were likewise enmeshed in their own dialogues with the eraâ€™s emergent Jazz language, as being connected to this acoustic stringed instrument renaissance. From Ragtime to Blues, Classical to Creole, many musical traditions had a hand in the development of the harmonically and rhythmically compelling improvising vocabulary of Jazz, and stringed instrument players were in the mix from its inception!

Weâ€™ll offer instruction on guitar, mandolin, tenor banjo and guitar, fiddle, bass, and steel guitar; ensemble classes putting it all together; and lots of opportunities for evening jamming and community building. Please check out our roster of inspiring instructors and classes, and please help spread the world – we are excited about creating a place for this resurgent community to come together and grow!

You know, you try so hard to be different…but one thing I can not escape sharing with pretty much every other improvising guitarist of the past 40 years is that I love and have OF COURSE been influenced by Bill Frisell. Our paths crossed infrequently over the past ten years, but we finally had a chance to play together a couple of years ago thanks to The Fretboard Journal.  In fact, check THIS out!  Bill recently hosted a “Guitar Invitational” as part of the Alternative Guitar Festival, and I’m happy to have been asked to join Julian Lage, Marvin Sewell, and Brandon Ross to perform with Bill and his trio (Tony Sherr and Kenny Wolleson).

Matt to open for Kat Edmonson on “Old Fashioned” tour

Kat has been a pal for around 8 years, and I’ve played on a couple of her discs. She’s 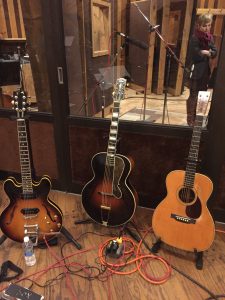 a good hang and always an inspiration, so I was very happy when she asked me to go tour with her this Spring when she promotes her brand new recording “Old Fashion Gal” (Hint: BUY IT!) – and thrilled when she asked me to open for her on the tour. We’ll be doing dates around The States in May before heading to Japan and China in June. Check the Live Shows page and come out New York, Chicago, Boston, Ann Arbor, Annapolis, Houston, San Antone, Austin, etc etc! 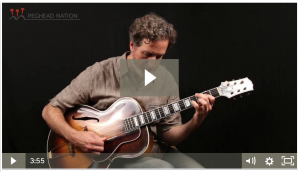 Peghead Nation has just launched (Oct 4th 2017) a course I’ve designed on The Roots of Jazz Guitar. Peghead Nation is a great hub for online lessons, gear reviews, and the enhancement of a growing stringed instrument community – I’m so happy they recognize the need for a class like this! We’ll be learning techniques and repertoire associated with the acoustic jazz guitar pioneers of the 1920’s and ’30’s, including Eddie Lang, Nick Lucas, Dick McDonough, Freddie Green, Carl Kress, Lonnie Johnson, Allan Reuss, and many more. With a range of lessons, updated every month, it’s our intention to have material that both intermediate and advanced players alike can sink their teeth into. It’s been incredibly fun and eye-opening to try to define and develop this curriculum, and I hope that some day it will stand as a meaningful resource for all things related to the acoustic guitar and swinging, stomping, and ragging (not to mention the occasional waltzing and hoedowning!)

Matt will be among the crew of wonderful guitarists performing at the 1st Fretboard Summit happening in Costanoa CA November 6-8. The Fretboard Journal recently hosted Matt again for a little chat which included a couple of videotapedÂ  firsts, as he performed interpretations of Eddie Lang’s “A Little Love, A Little Kiss” and Willard Robison’s “Little Highchairman”.

A Celebration of Muddy Waters and Bill Monroe at Berklee, 9/12

Looking forward to being ensconced inside a warm and fuzzy cocoon of some of my favorite musicians tonight in Boston at The Berklee Performing Arts Center, putting the Blues in Bluegrass (and the Ass in Grass).Â  I’m sure Matt Glaser, Catherine Russell, Joe Walsh, Del McCoury, etc etc will bring it – and I think I Catherine and I might even summon our own inner “Bill and Charlie”. Look for videos soon. 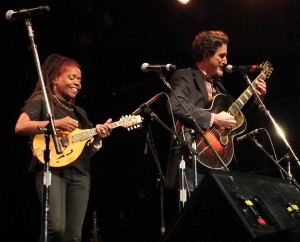 She did it! Cat on the mando. Photo Marla Singleton

Butler, Bernstein, and The Hot 9 CD to be released July 15th on Impulse Records

Hey now – this disc is a party! New Orleans piano-giant Henry Butler and NYC’s own one-man Magical Mystery Tour Steven Bernstein have formed a band and made a record. I’m in the band and play on the record, on which I had the divine pleasure of being the fourth member of a rhythm section which, in addition to Henry, was comprised of Herlin Riley and Reginald Veal. Come see us on tour! Â Â 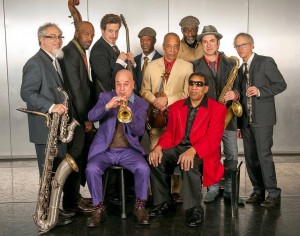 APAP Heads-up: Matt has just been scheduled for a showcase at Cornelia St Cafe on Monday January 13th at 10:15pm. He will also be playing with Henry Butler and Steven Bernstein at Rockwood Jan 11th, and with The EarRegulars on Sun Jan 12th. All details – plus news about gigs with Noam Pikelny, and opening for The Punch Brothers – are all RIGHT HERE.

“Deceptive Practice; The Mysteries and Mentors of Ricky Jay” opens at Film Forum

I was very happy to ha 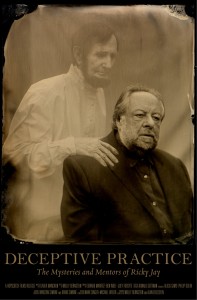 ve been asked to contribute music to this film about a longtime hero. Two original pieces written for the film are included, along with a cut from one of my CDs, and they are featured during some lengthy montages. Plus, the film is totally fabulous. 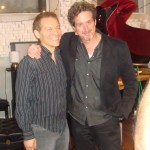 .Â  This is a fun hour of Matt and Michael talking and playing, with Matt singing originals and “sub-standards”, and it’s stream-able right here always and forever.


©
Warning: Use of undefined constant Y - assumed 'Y' (this will throw an Error in a future version of PHP) in /nfs/c09/h02/mnt/128523/domains/mattmunisteri.com/html/wp-content/themes/muni/footer.php on line 10
2023 Matt Munisteri | site by Origin Web Design