Matt is interviewed by the ever-inspiring Adam Levy

in December’s Acoustic Guitar for the Private Lesson section, and several juicy guitar parts from songs on “Still Runnin’ in The Wilderness” are included – fearlessly and perfectly transcribed by Adam.

Matt pays a visit to The Fretboard Journal 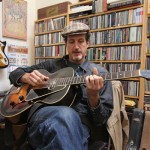 Matt at the undisclosed bunker that is Fretboard Journal World Headquarters

While in Seattle, between playing Djangofest NW and his show at The Royal Room, Matt stopped by the offices of The Fretboard Journal (the world’s premier “aren’t guitars totally faboo – I WANT THAT ONE!!” periodical)Â  to record a podcast and make a video with publisher Jason Verlinde. The interview herein unearthed the following heretofore classified revelations: END_OF_DOCUMENT_TOKEN_TO_BE_REPLACED 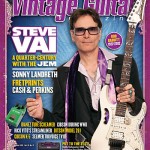 Matt played on several CDs which were released in the first half of 2012, and this article by Dan Forte highlights his unique role linking three of them. What’s VG? Why Vintage Guitar magazine, of course.

“It’s tempting to describe guitarist and singer Matt Munisteri’s new album ‘Still Runnin Round in The Wilderness” as a sure bet for any year-end best-of lists, but the world has been waiting for at least a generation for such a perfect collection of Robinsonia” – read more of Friedwald’s piece in The Wall Street Journal.

Josh Jackson has Matt on WBGO’s The Checkout

Josh Jackson has aired a great and super-informative radio segment about “Still Runnin ‘Round in The Wilderness”, which features interesting conversation and solo performances by Matt.

“Still Runnin Round in The Wilderness” was featured for the week leading up to its national release as NPR’s first listen.

Still Runnin’ Round In The Wilderness 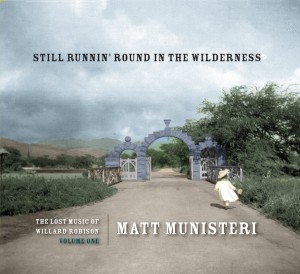 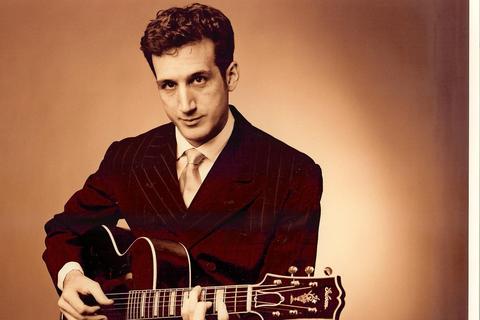 CD release for Hell Among The Hedgehogs – with Whit Smith
The Continental, noon 
©
Warning: Use of undefined constant Y - assumed 'Y' (this will throw an Error in a future version of PHP) in /nfs/c09/h02/mnt/128523/domains/mattmunisteri.com/html/wp-content/themes/muni/footer.php on line 10
2022 Matt Munisteri | site by Origin Web Design